The baton has been passed from one generation to the next 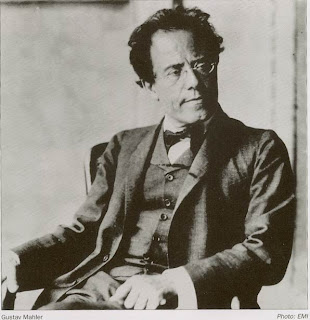 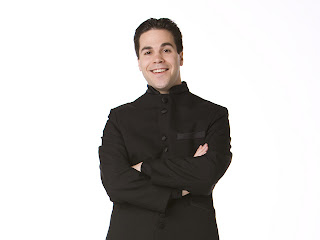 Sean Newhouse, the newly appointed assistant conductor of the Boston Symphony Orchestra had his debut last night due to the ongoing health issues of Maestro James Levine its orchestral director.  Newhouse certainly had a monumental and very challenging task - conducting Gustav Mahler's 9th Symphony.  The hall was nearly filled to capacity as I joined my colleagues and friends from Astrazeneca.  The large orchestral piece from the 20th century was filled with vivid imagery of Eastern European dances ultimately leading to a serene resolution in death in the final movement.

Sadly, I feel that it may be time for Maestro Levine to retire as an active conductor, not only for his personal health, but also for his adoring fans that he has disappointed on numerous occasions.  He has recently also withdrawn from last Saturday's Don Pasquale at the Metropolitan Opera (coincidently the same performance that was passed by Anna Netrebko, the adoring Russian Superstar diva for alleged health reasons, but ws noted to be with her partner Erwin Schrott at the Vienna State Opera in his debut in Mozart's Le Nozze Di Figaro).  Personally I think Levine is a genius conducting the Metropolitan Opera along with amny of his symphonic cycles, but I do not enjoy his recent conducting from a stool or rotating chair.  Levine is known as a minimalist conductor and the antithesis of Leonard Bernstein in his dramatic style.  Nevertheless, part of one's appreciation of a live performace is to witness how the conductor influences and brings together tempi and dynamics to derive fullest meaning out of piece of music.  We saw many elements of this last night as Newhouse became engrossed by the music.

Leonard Bernstein stated in both his Norton Lectures of 1973 at Harvard University as well as in a video devoted to the Mahler Ninth Symphony; “Four Ways to Say Farewell,” his opinion that: “the opening
bars of [Mahler’s Ninth Symphony] are an imitation of the arrhythmia of his failing heartbeat.”  While not widely accepted, it is conceivable that Mahler was envisioning his own demise and impending death.    Mahler (7 July 1860 – 18 May 1911) never lived to hear his ninth symphony.  Mahler grew up in Bohemia under very humbling circumstances.  He served as a bridge from 19th Austrian-German classicism to the modern avant garde style of Shoenberg and Alban Berg.  As as composer of Jewish ancestry his work was largely ignored during the realm of the Nazi regime and the third Reich.  Mahler converted to Catholocism to land a position in Vienna.

It is said that Mahler harboring the suspicion that there was a curse on composers who wrote a ninth symphony (Beethoven and Schubert were two that had died before their tenths were completed), Mahler attempted to sidestep the threat by not calling his ninth symphonic work a symphony at all. (This was his orchestral song cycle The Song of the Earth.) Only then did he feel safe to compose a ninth symphony, because it was “really” his tenth. Nonetheless, the curse struck again: Mahler died before he could finish No. 10.    In the essay by noted physician Lewis Thomas that I had the pleasure of meeting entitled "Late Night Thoughts on Listening to Mahler's Ninth Symphony", he is quoted as saying, "There was a time, not long ago, when what I heard, especially in the final movement, was an open acknowledgement of death and at the same time a quiet celebration of the tranquility connected to the process. I took this music as a metaphor for reassurance, confirming my own strong hunch that the dying of every living creature, the most natural of all experiences, has to be a peaceful experience. I rely on nature. The long passages on all the strings at the end, as close as music can come to expressing silence itself, I used to hear as Mahler's idea of leave-taking at its best. But always, I have heard this music as a solitary, private listener, thinking about death.

Now I hear it differently. I cannot listen to the last movement of the Mahler Ninth without the door-smashing intrusion of a huge new thought: death everywhere, the dying of everything, the end of humanity. The easy sadness expressed with such gentleness and delicacy by that repeated phrase on faded strings, over and over again, no longer comes to me as old, familiar news of the cycle of living and dying.

The seating of the orchestra was somewhat unusual, perhaps influenced by Wagner in that the cellos and double bases were on Stage left.  This monumental piece of music was played with brilliance with many fine soloists including the flautist, horns, bassoon, muted trumpets, 2 harps and an outstanding percussion section.  The final bars of the symphony illustrated well the extreme pianisimo possible by a great violin section.

Overall the piece was well played and exemplified both the acoustics of Symphony Hall and these great musicians.  Aside from the 1st movement which seemed disjointed with no clear theme or unifying development, the piece was astonishing in its massive evolution and progression.  At times when you felt you were nearing a conclusion, Mahler took you on his journey for further exploration.

Newhouse deserves much praise and accolades and was clearly very relieved and plaesed with the results of his debut.  Every once in a while this is how stars are born.  He was wonderful, expressive and fun to watch as he nuanced the orchestra to great drama.  His final bars were filled with solemnity and peace.  This work has been conducted by many notable conducters including Bernstein, Ozawa and Dudamel to name a few.

I remember as a child listening to my granmother's recording of Mahler's 1st symphony conducted by Bruno Walter a truly spectacular recording.  It was a wonderful evening filled by camaraderie with my friends as well as an education into unfamiliar music to me.  I own Bernstein's version of Mahler's symphonies and now is a time to reflect and learn more.
Posted by Haimes at 8:26 AM 2 comments: