Agrippina - a Tale of Sexual Power, Corruption and Deceit 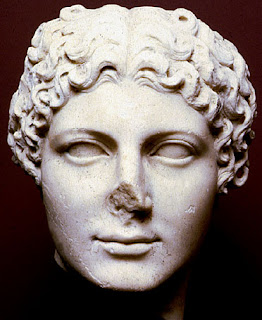 As a means of introduction, we have seen Agrippina once before at the Santa Fe Opera and were most pleased by the current Boston Lyric Opera production held at the Schubert Theater.  Aside from the updated, comedic presentatiion of the opera there was stellar singing and playing by the orchestra.  There were 2 real stars, Caroline Worra who portrayed Agrippina and Kathleen Kim as Poppea.  There were overtones of excessive alcoholism, cocaine use and sexual rivalry that made this for an enjoyable evening. 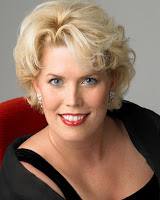 Caroline Worra﻿                                  Kathleen Kim
Caroline was a strong singer who sang with strong passion  Kathleen Kim, a petite Korean soprano was most definately the star of the performance.  She sang with purity, coloratura, humor and dazzle.  Ms. Kim had previously sung at the Metropolitan Opera in the Tales of Hoffmam with Joseph Calleja and Anna Netrebko, where she played Olympia, the wind-up doll. 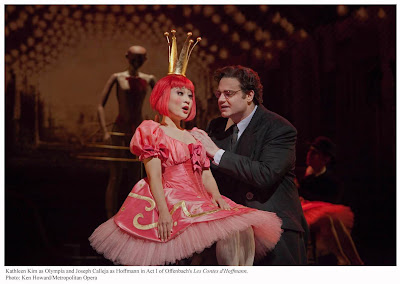 The story per se is a convoluted story of greed, deception and motives to place people in power of the Roman Empire.  This production was marvelous at portraying the twists and turns of misguided lovers.  The support of the various male roles as countertenors was unusual in their stylistic humor.  Some of this including hiding under Poppea's bed to elude competing suitors was simply hysterical in its comedic overlay.


Agrippina's Family: Julia Agrippina was the daughter of Germanicus and Agrippina the Elder, making her a sister of Emperor Caligula. In A.D. 28, Agrippina married Gnaeus Domitius Ahenobarbus who died in A.D. 40. During this marriage, she produced a son who would become the Emperor Nero.
Agrippina's Later Marriages: Agrippina married her second husband, Gaius Sallustius Crispus Passienus, in 41. She married the Emperor Claudius in A.D. 49 and persuaded Claudius to adopt her son Nero as his heir in the following year.

Agrippina' Other Great Claim to Fame: Early historians accused Agrippina of murdering Claudius. Following Claudius' murder, the 17-year-old Nero came to power, with Julia Agrippina the Younger as regent and Augusta.
Agrippina's power waned. Nero sent her into exile. Then, after a botched attempt to kill her, Nero had his mother murdered.

In the end though, everyone dies by suicide in this portayal as indicated in the Epiologue to thunderous applaus by the audience.  Much credit should go to the orchestra and the Harpsichord player who supported the entire opera.  Even though it appeared to be amplified, it provided an underpinning to the production.  Hanel's opera is quite different from Verdi, Donezetti, Bellini, Bizet or Massenet in that there are long stretches of dialogue or recititative rather than lyrical arias that last long after the performance.  Handel compensates for this by intriguing drama and counterpoint among the protagonists.  It is wonderful opera and should be enjoyed by all.  The use of supertitles portrayed on two large LCD screens help draw the listener into the complexities of the dialogue.  There were occasional examples of overacting which only served to heighten the humor.  The countertenor voice, previously sung by castrati added much value to their roles as buffons in this everlasting farce.  Occasional lapses in the falsetto range were largely of no consequence to the overall singing as all the performers easily masterred projecting over the orchestra.  The costumes were updated and elegant, especially those worn by Kathleen Kim as Poppea.  She notably wore very high stiletto heels as she is quite petite.  A take-home message to all singers is never underestimate the power of projecting your voice.  Ms Kim was a great example that "Great Things Come in Small Packages"

This is a performance to be enjoyed by all.  I hope that future performances will fill the house as Opera appears to be alive and well in Boston.
Posted by Haimes at 12:49 PM No comments:

Roberto and Peter Serkin at the BSO 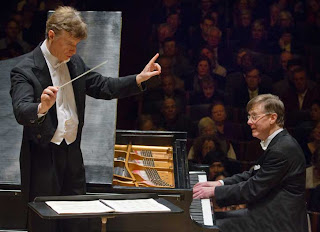 On Friday March 11th,  the BSO had to scramble to replace ailing James Levine and pianist Maurizio Pollini.  As we had known about this in advance, we were not surprised by the change in programming.  Roberto Abbado chose a Haydn Symphony No. 93 in D to open the program.  From the opening moment,  you knew that this was none other than Haydn.  Conducting without a score, Abbado conducted with great sweeping jestures and drew musicality out of the ensemble.  Although somewhat unremarkable, the piece was both satisfying and welcome. 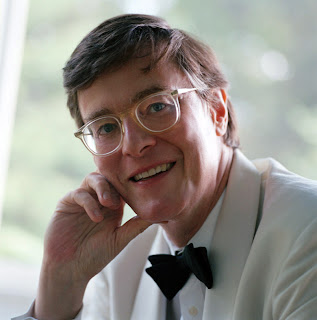 After arranging the stage for the piano, Peter Serkin, a lanky master came out in tails and played the Bartok Piano Concerto No. 3.  Although not familiar to most, Serkin played with strenth dynamics and stellar technique.  He is rather tall and exuberant and one could occasionally hear his feet stamping on the stage as he masterfully used the pedals for enhancement.  Again Abbado did not conduct with a score and it was eminently clear that Serkin had a keen eye on Abbado for tempi, entrances, etc.  It was wonderful to watch such superb technique by Serkin who literally pounced on the keys for short notes with great fervor.  At times, this effect was mirrored with the xylophone.  Abbado let Serkin take ample solo curtain calls to a rousing and united standing ovation from the audience.

Contrary to other blog posts and recent review of this concert, I found the Beethoven Symphony 5 in C minor, Opus 67, a warhorse of the repetoire to be unusually refreshing.  I almost left before the end of the intermission and was quite surprised to listen to a breakneck tempo reminiscent of Sir Roger Norrington on period instruments. It was certainly unusual, very much unlike that of performed with Levine as conductor in recent years.  The 2nd movement was particularly wonderful with  restrained elegance as Abbado held the orchestra to pianissimo to great success.  One has to keep an open mind, for this was certainly "different" and seemed appreciated by the audience.  My only hesitation was the occassional blaring of the trumpets and horns in the finale.  Abbado graciously acknowledged the playing by the oboe, flute, horns, etc.  One only has to listen to Norrington, Bernstein, Levine, Karajan et al., to realize that music is all about interpretation.  I once heard Norrington state that we have no idea how music was really played when it was composed despite temi markings and different orchestrations.  I actually prefer period instruments as they allow the music to be played as it was perhaps intended.  The BSO performance was quite brisk, perhaps to a fault, but it left you with a sense of brilliance that can only achieved with a great orchestra.  I am glad that I did not leave since it was indeed awakening and special.
Posted by Haimes at 2:20 PM No comments: 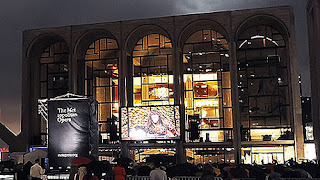 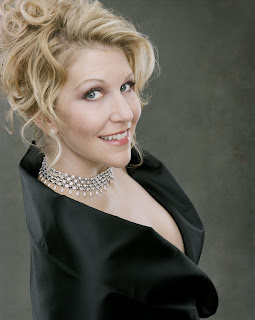 Yesterday, the Metropolitan Opera held its finals for the National Council Audition.  The events were hosted by the wonderful "American Diva", Joyce DiDonato who indicated that she had not come through the ranks through this competition, but inducated how thrilled these young performers were to be on this stage.  Ms DiDonato, is full of class, humor, spontaneity and most of all charm.  Her career path has been challenging, but she has endured and is at the top of her game.  She will be singing a lead in Le Comte Ory with Diana Damrau and Juan Diego Florez.  The orchestra was ably led by Patrick Summers who used appropriate restraint to allo wthe singers to project and shine in their moment of glory.
The roster of finalists was unusual in not having any tenors in the ranks.  The lone soprano, who had won the competition had a wonderful stage presence and color to her voice.  The rest of the winners were bass-baritones or baritones. 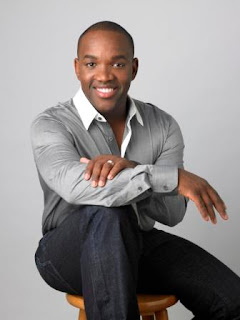 For the audience it was a chance to see firsthand the next generation of stars.  Just before the results were announced Joyce introduced Lawrence Brownlee, an American born tenor who has just finsished a 2nd run of Armida.  He wowed the audience to thunderous applause with: “Je crois entendre encore” from Les Pêcheurs de Perles and “Ah! mes amis” from La Fille du Régiment.  It is notable that he and Joyce have both worked with Anthony Pappano and Anna Netrebko in the recent highly acclaimed recording of Rossini's Stabat Mater.

What a thrill to be part of the audience for this event.
Posted by Haimes at 1:52 PM No comments: