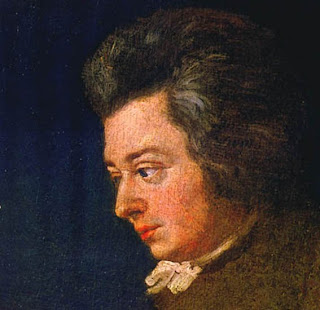 Last night we saw a terrific performance of Mozart's opera Idomeneo.  It was sung in Italian with English titles projected on two televisions at either side of the stage.  How lucky we are in Boston to have the ability to have a live orchestra, and talented singers who can maintain high professional standards.  The music for this opera is largely recitative with interspersed arias.  One has to wait for the final act to hear the wonderful tempestuos aria D'Oreste, d'Aiace .
This is an opera full of mythology, finally bowling down to good and evil which come to resolution at the conclusion of the opera.
Music by Wolfgang Amadeus Mozart
Libretto by Giovanni Battista Varesco after Antoine Danchet’s Idomenée
Idomeneo premiered the Residenztheater in Munich on January 29, 1781

Act I The Oath


The ten year war is over. The once mighty Troy lies in ruins; the triumphant Greeks are returning to their homeland. Idomeneo has sent captive prisoners from Troy back to his kingdom of Crete including one of King Priam’s daughters, Ilia. She is torn by desperately conflicting emotions - grief for her lost family, desire for revenge for the shameful fall of Troy, and a newly awakened love for Idamante, her captor’s son. She correctly believes she has a rival in the Greek princess, Elettra - another exile who has fled her home in Argos after the murder of her father Agamemnon and her mother Clytemnestra.  Idomeneo’s ship is sighted and in celebration Idamante frees the Trojan captives and reveals to Ilia his love for her. But as Elettra angrily reproves Idamante for protecting the enemy, Arbace, Idomeneo’s advisor, brings news that the King has apparently drowned in a great storm at sea. Idamante quickly rushes to the scene of the shipwreck - Elettra is left alone and, in furious despair, fears that the death of Idomeneo will allow Idamante to marry Ilia. Idomeneo has survived the wrath of the sea but only by swearing an oath to Neptune that if the god will save him, he will in turn sacrifice the first person he meets on shore. And that person turns out to be his son. Although they do not recognize each other at first, when the truth emerges, Idomeneo, wracked with guilt and hoping to evade his oath, violently rejects his son and banishes him from his sight leaving Idamante bewildered and distraught.
Act II The Monster


Idomeneo explains his vow to Arbace and that Idamante is the one who must be sacrificed. Arbace advises him to send Idamante abroad- he can escort Elettra back to Greece. Ilia tells Idomeneo that she now accepts Crete as her home and Idomeneo as her father. He realizes that Ilia is in love with Idamante and that there will now be three victims of his terrible oath - father, son and lover. Elettra rejoices in the news that Idamante will accompany her back to Argos - away from her rival, she will certainly be able to win his love. As they are about to embark, another violent storm erupts, lighting ignites their ship and a terrifying monster rises from the deep. The panicked Cretans cry out for the one whose actions have brought on this heavenly rage. Idomeneo begs Neptune that, as he alone is guilty, he alone should be punished. If they demand an innocent victim then the Gods themselves are unjust.
Act III The Sacrifice


Ilia is still torn between the powerful calls of honor and duty and her love for the son of the man who destroyed her homeland. She finally admits this to Idamante who in turn declares that without her love nothing matters to him. But first he must attempt to destroy the monster that ravages Crete or die in the attempt. And when, still confused and pained by his father’s coldness towards him, he asks what his offense might be, Idomeneo again sends him away. Ilia mourns his banishment. Elettra cries for revenge. Crete has been devastated by the monster. The High Priest of Neptune accuses the King of hesitation and silence. Who must be sacrificed? Idomeneo finally admits it is his own son. As the sacrifice is prepared, the ritual is interrupted by news of victory - Idamante has slain the monster; Crete is saved. But the vow must nevertheless be fulfilled; the ceremony must continue.  Idamante is led in, exchanges farewells with his father and expresses his willingness to die at the command of the Gods for the good of the people and to save his father. Declaring Idamante’s innocence and the Gods’ favor towards Greece, Ilia, as a daughter of the enemy Troy, offers herself as a substitute victim. Suddenly the Gods themselves intervene. A voice proclaims: “Love has triumphed...Idamante shall be King...Ilia his bride...Neptune appeased...innocence rewarded.” Elettra is alone consumed in rage and fury as the commands of Heaven are joyfully accomplished.
Posted by Haimes at 2:32 PM